As with any significant medical condition that has the potential to affect virtually every aspect of you or your child’s life, you are always wise to choose a Specialist. That is why we consider ourselves an excellent choice. We are Specialists.

One difference in our clinic which makes us unique is that we specialize exclusively in Speech-Language pathology, or the assessment and treatment of Speech-Language disorders. Since we are the largest exclusive Speech and Language clinic in our area, we have an important advantage if you or your child’s number one issue is a Speech-Language deficit. If so, you should consider us first.

Our position in the marketplace provides us with the widest possible knowledge and experience base. Since we employ more Speech-Language pathologists, we see a much larger and diverse population of patients, from toddlers to adults. Further, because we specialize in Speech and Language intervention, we can focus all our efforts and resources in this area. From therapists to materials to administrative staff, our clinic is focused on Speech and Language. Given we are a private clinic, we do not have to compete with other departments for personnel, equipment and materials within a limited budget. Therefore, we do not need to spread our resources (money, space, materials, staff and equipment) across multiple specialties. We can also afford to hire the appropriate number of operational and clinical staff, so caseloads are very reasonable, giving therapists plenty of time for patient focused needs outside direct treatment, such as reaching out to other team members, documentation, treatment planning, and individualization of materials. 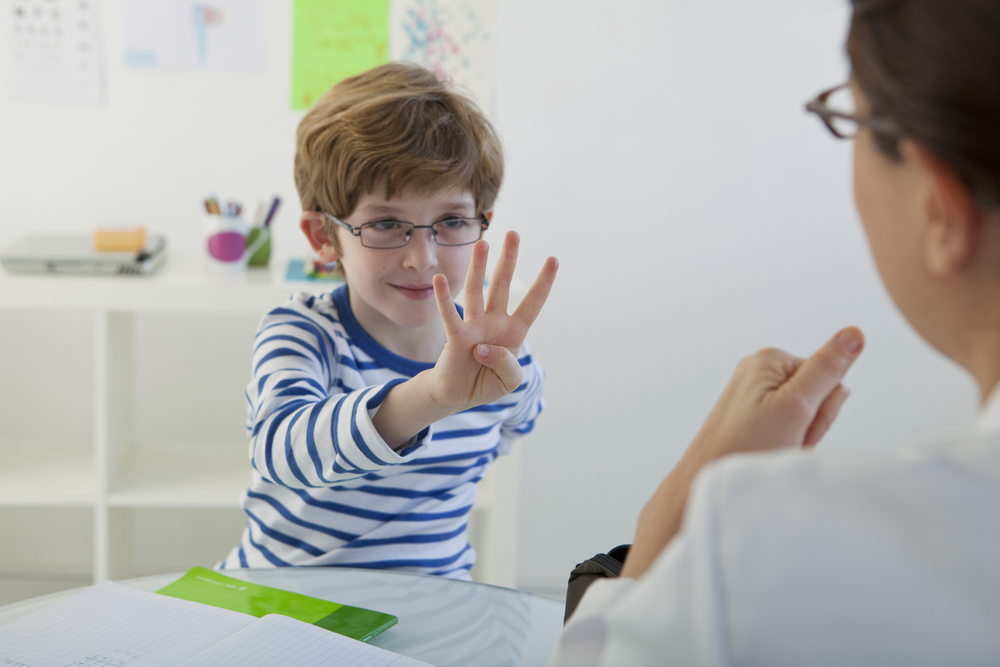 In addition, in terms of clinics that treat communication disorders, we find ourselves unique in that we are able to provide the concierge service of a smaller practice and the amenities of a larger practice. Those amenities include several clinicians to serve a wide range of diagnoses, as noted above, plenty of rooms for various types of treatment, large, comfortable waiting rooms, and internal bookkeeping and scheduling in addition to a front desk attendant. We also accept a range of funding from private pay to regional centers, local school districts (we are a nonpublic agency), and many insurance companies. Another amenity is that we provide multiple types of speech-language programs. In addition to individual speech-language therapy, we have a specialized program for toddlers as well as a robust social skills program taught by speech-language therapists who understand both the speech-language needs and social needs of those with social skill deficits and accompanying speech-language disorders.

Many clinics have long wait-lists because there remains a shortage of Speech-Language pathologists in the U.S. Schools are also suffering from this shortage (https://www.asha.org/careers/recruitment/schools/). This is in part due to reduced amounts of openings in the colleges and universities who educate and train new Speech-Language pathologists. This shortage is also influenced by the increased need for Speech-Language pathologists and their services (e.g., due to such factors as increases in early identification and an increase in the older adult population who need services) (https://www.amnhealthcare.com/latest-healthcare-news/speech-language-pathologists). The increase in identification of such diagnoses as autism has also increased need for services. Given we have a larger number of practitioners, we generally have shorter waitlists to get into therapy. This also gives us the ability to provide greater flexibility in scheduling.

As a privately-owned clinic, we make our own programs, policies and procedures internally and directly, all focused on speech-language needs. This makes change and updates quick and efficient. Nearly everything about our structure is unique, so the end-product is a distinctive collection of methodologies, strategies, and programs all focused to make the entire process and experience much more effective and productive. And no matter the etiology or age of the patient, we have a strong “inclusion” program for the entire family. We teach the family while we treat the patient.

In closing, if your major concern is speech and language, then we are ideal for you.

Please take our video tours found on this site.

Speech and language impairments include a variety of conditions that interfere with communication. Many of these disabilities are relatively rare or subtle in appearance, and the individual’s lack of any visible abnormalities may further disguise speech and language impairments. Before describing these disorders in more detail, I will define “speech” and “language” as speech-language pathologists (specialists in the diagnosis and treatment of speech and language disorders) define these terms.Language is a socially shared,
rule-governed code used for communication. Speech is the audible, oral output of language.Language is not limited to oral expression however—it occurs in written form (or through use of gestures and alternative methods of communication for those who are low verbal or nonverbal) and within the brain in one’s thoughts. 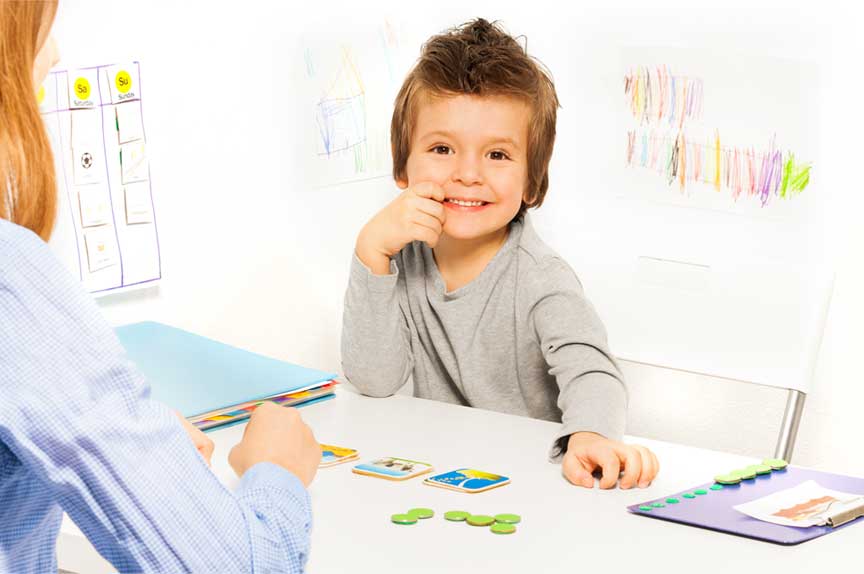 Speech and language impairments may occur separately in a person, or the individual may demonstrate both types of impairments; to further complicate matters, this distinction is usually not easy to make. A speech impairment affects spoken language. Examples of this include stuttering (repeating syllables or words, prolonging sounds, or “blocking” on a word or sound), phonological or articulation disorders (inability to say sounds properly), speech in the hearing impaired (speech may be difficult to understand, nasal-sounding, unusual in pitch or rhythm), apraxia (facial grimaces or unusual movements may accompany speech,such as groping to produce sounds, syllables, and words; difficulty planning and sequencing movements for speech within the brain; speech may be unintelligible, or not understandable), etc. Voice disorders affect the sound of the voice itself (i.e. hoarseness, breathy voice, strained/tense voice). Such disorders are often caused by changes in the shape of the vocal cords (e.g., swelling of the vocal cords, growths on the vocal cords such as vocal nodules). A language impairment affects the understanding of language (receptive language disorder), the formulation of an utterance (saying what one intends to say–expressive language disorder), or both. Receptive and expressive abilities may be impaired together such as in a disorder called developmental language delay in toddlers and preschoolers or language learning disability in school-aged children. A child who is unable to talk (called a nonverbal child) may have good receptive language abilities. In contrast, a child who is able to express his/her thoughts well may have difficulty following
directions. Reading/writing disabilities (e.g., dyslexia) are also types of language disorders. Persons with learning disabilities may also exhibit difficulties comprehending language or expressing themselves with language. 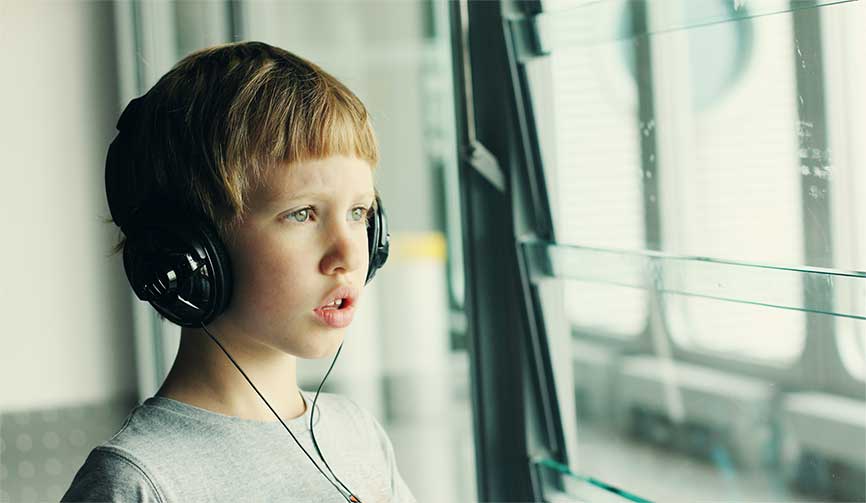 The disabilities discussed above are considered linguistic in nature, meaning that they are directly related to language and speech. Some disorders involve other difficulties or abnormalities while also affecting speech and language. For example, mental retardation impairs brain functioning in general, and thus the learning of speech and language will be delayed (e.g. Down Syndrome, possibly Fragile X syndrome, which is a genetically based disorder often involving an intellectual disability). Autism impairs learning, processing, communication and social functioning—such issues impact language and/or speech. Physical disabilities such as cerebral palsy or cleft palate can also affect speech and language. A stroke or head injury may affect areas of the brain responsible for generating and understanding speech and language.